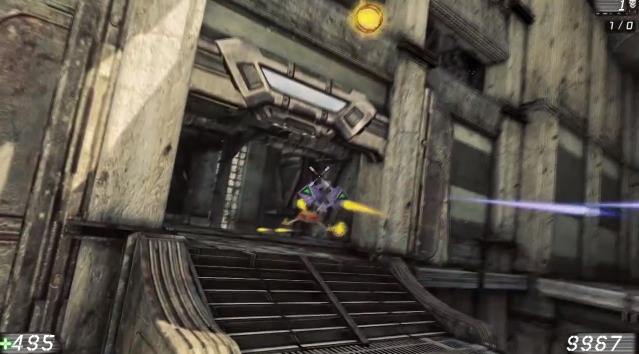 Though the game has languished in recent years, freeform first-person shooter Descent is finally getting a fancy, fan-made reboot, courtesy of “Madmax1998.” Madmax is using the Unreal Engine 3 to bring the original game’s “six degrees of freedom” (the ability to orient and move in any direction, abbreviated as “6DOF”) fully into the modern graphical era. While previous remakes and modifications like DXX have focused on improving the original’s graphics by bolting 3D acceleration onto the original game’s source code, Madmax’s remake is a full engine replacement.

Though it never really rose to be the smash success it deserved to be, Descent was popular enough during the mid-’90s to spawn two sequels and garner a significant online following. Descent plopped the player into a heavily armed spaceship and sent him down into mines and tunnels, on a mission to eliminate an army of renegade robots. Where Descent differed from its contemporaries was that it let the player move in any direction on any axis—up, down, left, right, forward, and backward, with control over pitch, yaw, and roll. Descent was best played using a keyboard and a four-button joystick with a hat switch, and that barrier to entry was a contributing factor that kept it from full mainstream acceptance.

The developer’s site features a YouTube video (embedded below) displaying his progress so far, showing the player’s point of view bobbing and sliding around in a manner familiar to Descent aficionados. Three types of evil robots make appearances, and though it’s a bit jarring to see Descent-style action occurring in an Unreal Tournament level, the awesome mix of original Descent sound effects and music quickly pulled me in. The site indicates that the plan for the remake includes a retelling of the game’s story, along with recreations of all of the original levels, weapons, and killer robots.