Home News A Halo for every living room 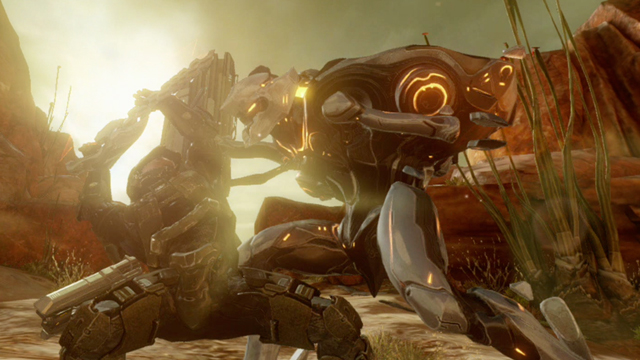 Surely the new Bond film is the biggest entertainment event of 2012? Taking £50m in its opening weekend, Skyfall seems unassailable. Yet it’s dwarfed by the success of the video game Halo 4.

Released on Monday night, marked with a dramatic helicopter fly-past, it was tipped to take £125m in its first 24 hours. Microsoft won’t confirm those figures until next week but, in 2007, Halo 3 made £110m.
Phil Spencer is the head of Microsoft Studios, the arm of the company better known for making Windows, that is now among the world’s biggest video games makers.

He admits that Microsoft “looks at Halo as the real base of the Xbox platform” but he adds that the goal is much bigger than simply being the largest games maker in the world.

“Your television’s your biggest screen in your home and Xbox has found a natural place – instead of competing with other devices it fits in,” Spencer says, adding: “The end goal is to create a platform for everyone that’s about all forms of entertainment.”

That vision explains the growing emphasis on titles with Nike or Sesame Street – Microsoft sees Xbox as a route to putting computing, in a friendlier form than people are used to, at the heart of every living room.
“It’s been a concerted effort over the last few years not to think only about the core gamer,” says Spencer.

“When Sesame Street came out people thought it was transforming television. And then we also did live viewing of the presidential debates, unlocking television is a whole new way and very different way.”
TV manufacturers are increasingly building functions into their sets directly. Services that are based wholly online, without the need for a separate console, are also on their way, even if slow broadband speeds are holding them up a bit.

Spencer says Xbox, however, is here to stay. As far as such cloud gaming goes, he says: “I think it is in our future”. To the so-called Smart TV rivals, his message is plainer: “Maybe you can log in, you might be able to see who your friends are – but look at the games you play on an Xbox – they’re not on your Samsung TV.”