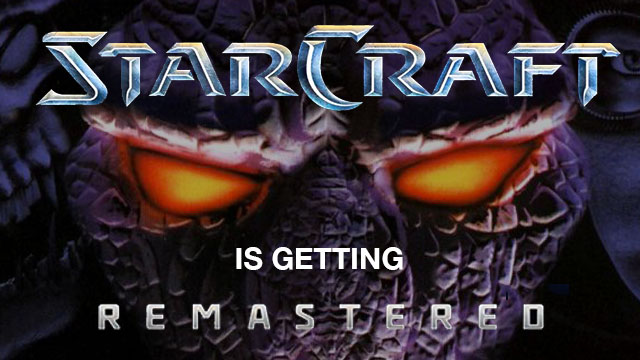 Blizzard have given their original sci-fi real-time strategy game a make-over!

It will offer a full graphical overhaul of the original StarCraft and the StarCraft: Brood War expansion, bringing a modern look and feel to the timeless classic with widescreen UHD support for up to 4K resolution.

StarCraft: Remastered will include all of StarCraft’s and Brood War’s campaign missions with enhanced storytelling via new comic-book style interludes. While this rejuvenated version of StarCraft is locked and loaded for the modern era, the gameplay and balance have been precisely preserved, for an experience that will feel identical to veteran players.

In addition to accurate matchmaking and enhanced ladder functionality, players will also be able to stay in touch with and chat with friends playing other Blizzard games. The classic functionality of named custom games and custom game lobbies will be retained, for the familiarity of long-time StarCraft players.