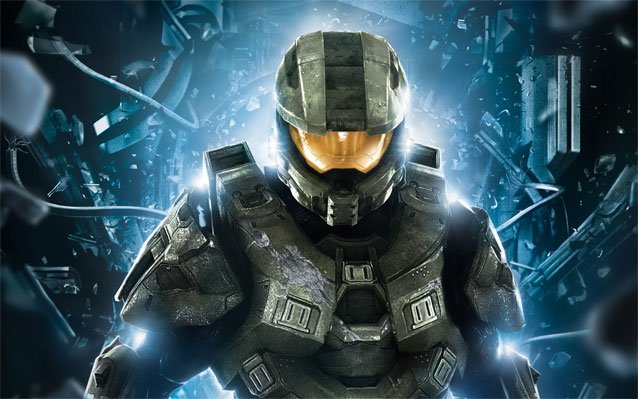 “Amazingly, Halo 4 is not only a success, but a bar-raising triumph for the entire first-person shooter genre. And just how new developer 343 Industries has done it will surprise, delight, and excite you. Cortana once asked Master Chief what would happen if he missed his target, and in the single greatest line of dialogue in Halo history, Chief replied with the coolest, calmest confidence, “I won’t.” With Halo 4, he doesn’t.” (IGN)

“The original Halo wasn’t just about great combat or multiplayer, though it set the standard for those things in shooters for the better part of a decade. There was also a sense of wonder and discovery that Halo’s sequels often struggled to find again. They were bigger, yes, and they had more of everything Halo had, but that was also sort of the problem. They were charting known territory, with pockets of novelty and an emphasis on adding new mechanics or upping the graphical stakes. Halo 4 does some of those things. It possesses a striking sense of scale. There are new mechanics. It’s a technological achievement that most have assumed was outside of the reach of Microsoft’s now seven-year-old console. But it’s more than that. Halo 4 is a return to the series’ roots of discovery, of wonder and, at times, of awe. It helps that it might be the most consistently great game of the series to boot.” (Polygon)

“Halo 4 is every bit the massive shooter package that its predecessors were, and it holds the series’ standard high. The thrilling and emotional return of Master Chief and Cortana is the highlight, and the campaign breaks new ground in narrative quality for the franchise. The top-notch competitive multiplayer picks up where Halo: Reach left off, infusing the action with some mainstream elements while still remaining undeniably unique. Spartan Ops may stay a mere sideshow or prove its worth in the weeks to come, but there’s no doubting that the next planned Halo trilogy is off to a great start. 343 Industries should be proud of what it has accomplished, and you should be excited to experience it for yourself.” (Gamespot)

“It’s the end of Halo 3 and the world has ended with a bang, not a whimper. More specifically, it’s ended with our protagonist Master Chief riding a jeep off a flaming planet into the bay of a derelict escape ship: a catastrophic boom, not a whimper, perhaps. The aliens retreat, the flames turn to ember, the hoarse choir sets down its sheet music and space is, finally, still. Microsoft’s flagship trilogy ostensibly drifts into history while developer Bungie, after working out its contractual obligations, wanders off to work on something new – something to prove to itself that Halo, the console shooter that changed everything, isn’t the end of its story. Halo 4 is authentic, and assures 343’s role is more than a mere tribute act. Their delicate yet sprawling work may be more continuation than true expansion – and perhaps the true test comes in the next step – but for now, Halo returns with a bang, not a whimper.” (Eurogamer)